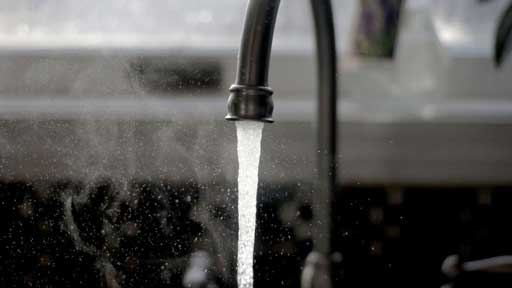 A homeowner recently commented that she left for the store after turning on the washing machine and as it was filling with water and wondered, “how much does water weigh, anyway?”

When she returned 30 minutes later the water was still running. Sadly for this homeowner, a broken water supply line caused extensive damage not only to the laundry room but also to the ceiling, wall, and floor in the room directly below the laundry area.

The homeowner said she couldn’t believe so much water could come out of such a small break in the pipe. She was shocked to learn that a 1/8-inch crack in a pipe can release up to 250 gallons of water a day. She was even more stunned to know that her washing machine used upwards of 40 gallons of water per load.

Here are some additional water facts as they relate to our homes and possible insurance claims:

· A newer washing machine with an “Energy Star” label uses between 18 to 25 gallons of water per load.

· The average life span for a washing machine supply hose is 3 to 5 years.

· A small water pipe leak inside a wall or under a slab may go undetected for months.

· Insulation inside a wall will wick moisture up into the wall from a wet floor. A mere ½- inch of water on the floor can wick 2 ft. up the backside of the wall.

· Cellulose insulation (made from newspaper) will compact if it gets wet, which causes it to lose much of its insulating ability.

· Approximately 37% of U.S. homeowners have experienced a loss of property due to water damage.

· Each flush of a toilet uses 2 to 7 gallons of water.

· Turning off the water while you brush your teeth saves up to 4 gallons of water a minute.

· An automatic dishwasher uses 9 to 12 gallons of water per cycle.